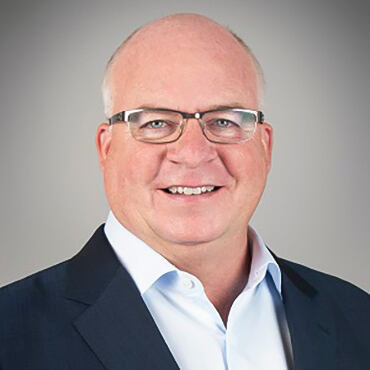 As President of the East Region Bruce has oversight of operational excellence, client service delivery, and business development initiatives for the commercial services business in 11 offices across Massachusetts, Florida, Georgia, Tennessee, Maryland, Virginia, New Jersey, New York, and the District of Columbia. In this role, he ensures high performance, capitalizes on synergies and enhances client connectivity. Bruce also serves on Transwestern's Executive Committee and Board of Directors.

Bruce’s responsibilities during his 11-year tenure with Transwestern span all business lines, including agency leasing, property management, investment sales and tenant advisory. His leadership in management operations, financial planning and creative marketing has led to tremendous regional growth and noteworthy recruiting success. Since Bruce assumed responsibility of the Southeast region, the management portfolio has grown from 5 million square feet to over 20 million square feet currently. In addition, he has expanded the footprint outside Atlanta to include Miami, Ft. Lauderdale, Orlando and Nashville. Over the past 5 years alone, transaction volume in the Southeast increased approximately 25 percent.
Prior to joining Transwestern, Bruce served with GVA Advantis as regional president of Georgia and the Carolinas. Bruce also directed the companies that ultimately became GVA Advantis, including the management services group of Armada/Hoffler as early as 1989. Before joining Armada/Hoffler, Bruce worked with the Smith Companies in Washington, D.C.

Bruce holds the designation of Real Property Administrator (RPA) from the Building Owners & Managers Institute and since 2008 he has been included in the Atlanta Business Chronicle’s “Power 50,” a guide to Atlanta’s top 50 industry leaders. Bruce served as the immediate past Chairman of the Board of Trustees for Holy Innocents Episcopal School and is currently serving on the Board of Directors for the Buckhead Coalition as well as an active Board Member with Make A Wish, Georgia. Under his leadership the Transwestern Atlanta office has been consistently recognized as a “Best Places to Work” from the Atlanta Business Chronicle and the Atlanta Journal Constitution.

Bruce holds a bachelor’s in political science from Wake Forest University. At Harvard University, he completed Running a Real Estate Company, one of the school’s executive education programs.