The Manhattan office market, often considered a bellwether for commercial real estate across the country, witnessed a slowdown in leasing activity during third quarter 2019. At the same time, several large blocks of space were added to the market, both from new construction and “shadow space,” or space that’s scheduled to be vacated. As a result, demand simply did not keep pace with supply.

But, there’s no reason to sound the alarms. The Manhattan real estate market is still in extremely good shape, as evidenced by the following three figures.

Average asking rates provide a long-term view into the strength of a real estate market. This is due in part to more subtle quarter-to-quarter changes than may be seen in factors like leasing activity, which can sometimes swing drastically following big moves.

This quarter, average asking rents are near record highs, closing at $80.24 per square foot. This was the first quarter in over a year that didn’t post a new record-high average. While the average asking rents dropped slightly from last quarter’s record-setting $80.37, there’s no question that the trend is on an upward trajectory. 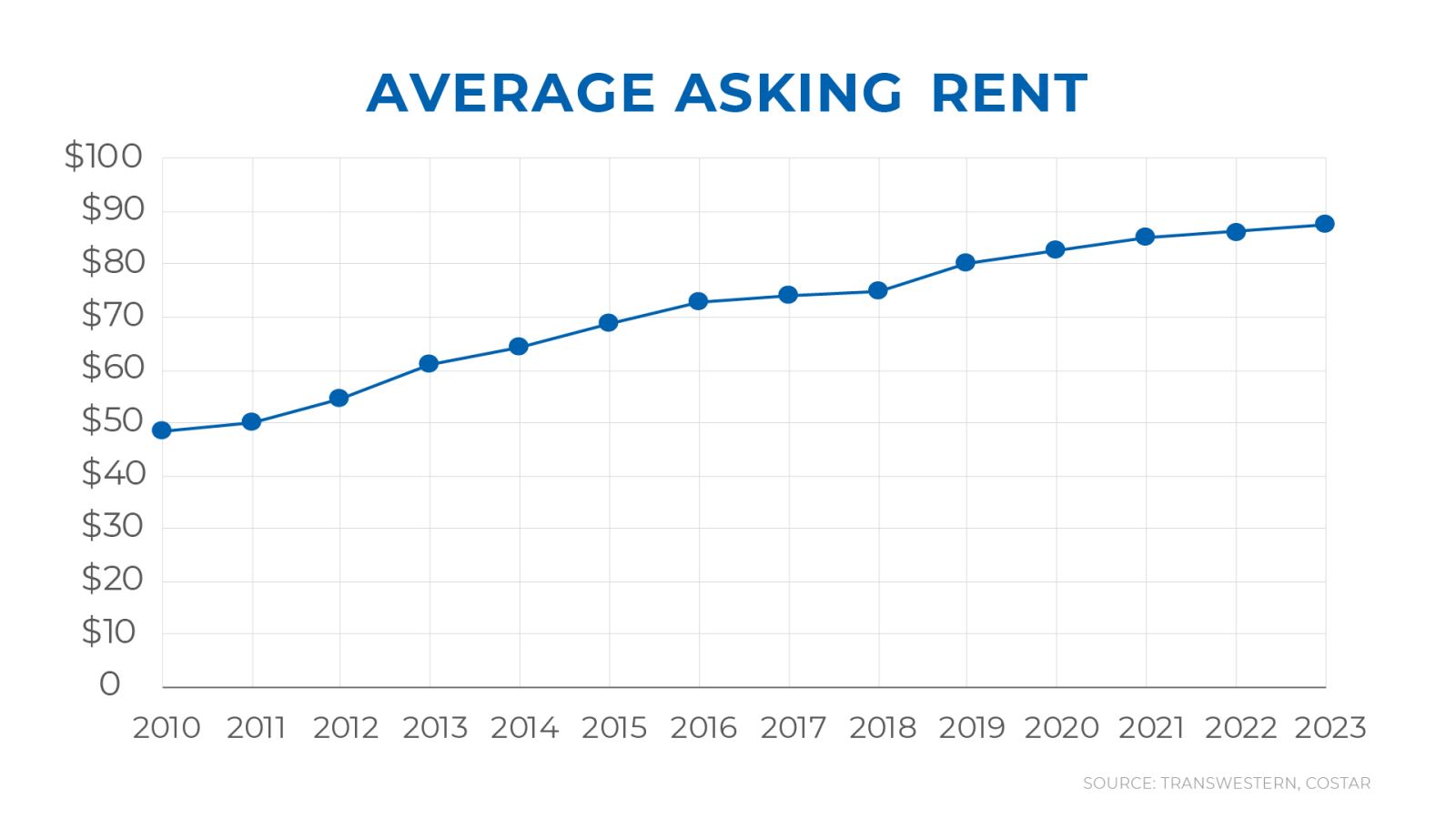 This climb is further illustrated from a historic perspective. From 2010 to 2019, the average asking rent across Manhattan increased a whopping 66%, posting an 8% year-over-year increase. The main contributors to this increase are large blocks of new construction and newly renovated, high-end office buildings asking between $120 and $220 per square foot.

Taking all this into account, average asking rents should continue to grow at an average of 3% per year. By 2023, the Manhattan real estate market could see average rents hit $87.82 per square foot.

Since 2010, there has been an average of 32 new transactions exceeding 100,000 square feet recorded per year in the Manhattan market. As of third quarter 2019, there have been 23 such transactions, putting the market on pace to hit the historical average. This trend will likely continue over the next several years, as many large users are currently seeking space. 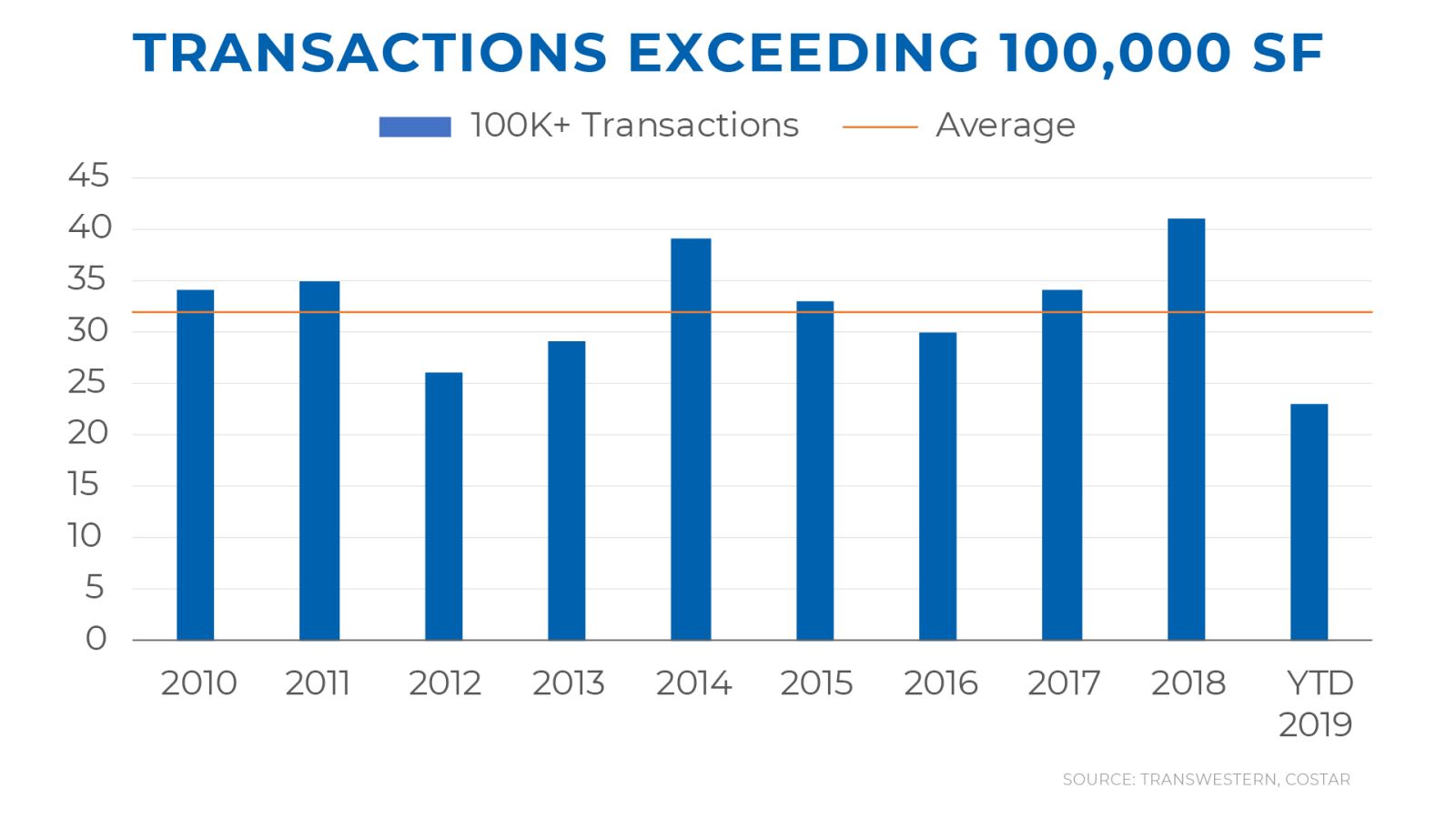 In recent years, office real estate in Manhattan has benefited greatly from the increasing demand for new construction and substantially renovated product. In fact, leasing in these types of properties accounted for more than a third of leasing activity in 2017 and 2018.

The most recent, and probably largest, example is Facebook. The social media giant had most of its Manhattan occupancy in Midtown South, until November, when it leased 1.2 million square feet at 50 Hudson Yards in Midtown. With available space in Midtown South at an all-time low, we expect this flight to quality to pick up steam.

Manhattan has a very full, active leasing pipeline for fourth quarter and beyond. The market should close 2019 on a strong note, on par with or higher than historical averages. While the third quarter results were certainly a tap on the brakes, the vehicle is still cruising at highway speeds. A little deceleration won’t have a significant impact on the overall market’s strength.