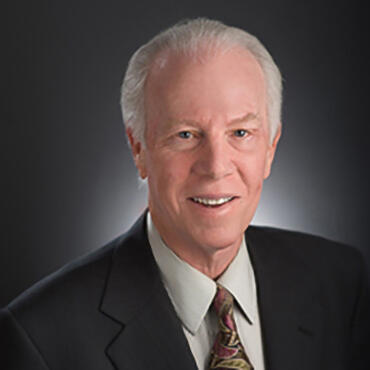 Ken is active in brokering commercial real estate sales and leasing opportunities in the Washington, D.C. Metropolitan Area and nationwide. Skilled in all phases of commercial real estate, he represents major developers in marketing their properties, as well as corporate and professional clients who seek new space.

Ken began his career with Legum and Gerber Realty in 1967 as a property manager and in 1969 joined Carey Winston as a commercial salesman specializing in leasing. In 1975 he was part of a group of Carey Winston executives, who purchased Carey Winston and in May 1998 Carey Winston merged into Transwestern Commercial Services. Ken remains part of the ownership group of the privately held stock corporation. During his career, Ken has leased and/or sold over 22 million square feet of industrial/commercial space with an aggregate value of over 2 billion dollars. Some of Ken’s most notable transactions include representing Dweck Properties for the development, leasing and sale of a 2M SF industrial warehouse portfolio to Prologis REIT and Willco Companies, the purchasers of the Immigration & Naturalization Services Chester A. Arthur Building Headquarters, which consisted of 385,000 SF of office space in the East End, and Circle Office Associates, LLC in the sale of 425 Eye Street, Washington, D.C., which consisted of 387,187 SF office space to the Paramount Group.
Ken has been involved in the sale and purchase of numerous investment properties including: 4401 Ford Avenue in Alexandria, VA, consisting of 217,283 SF office, Park Center Office Portfolio in Alexandria, VA, consisting of 560,979 SF, Stafford Place in Arlington, VA, consisting of 558,000 SF office, 1900 M Street, NW, Washington, D.C., consisting of 112,000 SF office, and 2001 L Street, Washington, D.C., consisting of 154,000 SF office. Most recently he participated in the sale of Arlington Gateway, a 323,000 SF office complex, in Ballston, VA, and represented Dweck Properties in the purchase of 1,800 units in four projects of multi-family apartments in Crystal City.

Ken graduated from Boston University with a B.S. in Business Administration and has pursued post graduate work in the American University Master of Real Estate Program.