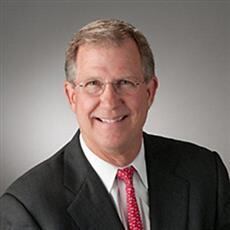 Robert Duncan is Founder and Chairman of Transwestern, a global, diversified real estate organization actively involved in real estate services, investment management and development.
Robert is an active member of The Real Estate Roundtable, YPO Gold, and The Chief Executives Organization. He serves as a member of the Development Board of the University of Texas at Austin, is a Lifetime Member of the University of Texas McCombs School of Business Advisory Board, is a founding member of the Advisory Council for the University of Texas Real Estate Center, and a founding member of the Executive Advisory Board of the University of Houston C.T. Bauer College of Business Real Estate Program. He also serves on the Board of Trustees for The Kinkaid School in Houston.
Robert is a past director and lifetime member of the Greater Houston Community Foundation and past director of the Greater Houston YMCA and past director of St. Luke’s Episcopal Hospital System.
In 2010, Robert was inducted into the Texas Business Hall of Fame, recognizing his impact on commerce in Texas and his contributions and service to communities and institutions in Texas. In 2011, Robert was honored by the Cornell Real Estate Review with its Industry Leader Award for creating an exemplary national operating model for serving real estate investors and users synergistically. In 2015, Robert received the Houston NAIOP Howard Horne Legacy Award and was named Visionary Leader of the Year by Scenic Houston.
Robert earned a BBA degree in the Business Honors Program, an MBA degree in Finance, and an LLB degree – all from the University of Texas at Austin. Robert and his wife, Marcy, reside in Houston and are actively involved in the lives of their six sons.