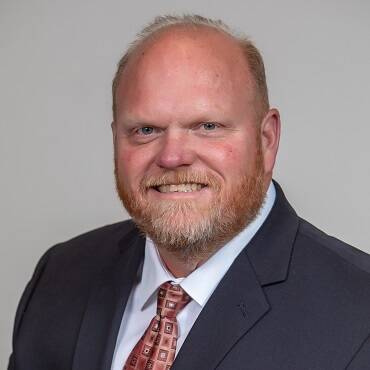 Justin joined Transwestern in 2002 and was most recently promoted to Senior Chief Engineer in 2014. Justin provides technical support and assistance for all Transwestern engineering staff in San Antonio. He oversees all engineering services to include the implementation of capital improvement projects, preventative maintenance, property inspections, utilities tracking, safety training and continuing education for over 2.9 million square feet of commercial real estate properties. He coordinates a network through which ideas are shared and problems are solved.

Justin has served in the building engineering industry for over 25 years. Prior to joining Transwestern, Justin was employed at several commercial office properties in San Antonio and the surrounding areas. During his time with Transwestern, he has earned numerous awards including:
• Engineer of the Year (2005)
• Team of the Year (2006)
• Outstanding Achievement (2008)
Justin’s experience with Transwestern includes the supervision of engineering operations at Bank of America Plaza for over 13 years. At 533,913 square feet, Bank of America Plaza is the largest Class A multi-tenant office building in South Texas.

Justin is a long time member of the San Antonio Association of Building Engineers (SAABE) and has served on the Board of Directors and various committees. In April 2004 was awarded the Certified Building Engineer-Master designation from SAABE.

Justin received his Associate of Applied Science in Plant Engineering Degree from Texas State Technical College in Waco, Texas in 1990. He received his Systems Maintenance Administration designation from BOMI in June 2006. He became a USGBC LEED Accredited Professional in December 2008.