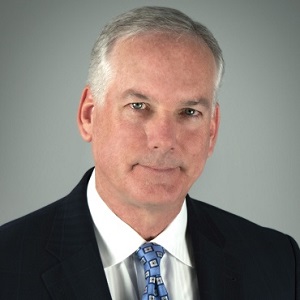 Lopez brings more than 30 years of commercial and healthcare advisory experience to Transwestern and has executed over $100 million in transactions during the past five years alone. Working alongside Senior Vice President Steve Hall, Lopez will be responsible for the oversight and execution of medical real estate investment and leasing objectives for clients throughout the Southeast.

“Following a historical level of demand for medical office space in Atlanta in 2017 at nearly 640,000 square feet, trend lines point to sustained growth in the market during the next 18 to 24 months,” said Hall. “Last year, over 700,000 square feet of new development was announced in Atlanta, 62 percent of which is already leased. With rising demand and rents increasing 3 percent year over year, now is the perfect time to bolster our Healthcare Advisory Services team as medical office demand continues to ramp up.”

The U.S. Census Bureau estimates that the 65-plus population will nearly double by 2055 to more than
92 million and comprise 23 percent of the country’s total population. The aging U.S. population is contributing to the boost in demand for medical office properties. The trend is apparent throughout the Southeast, while Atlanta has experienced the most drastic decline in vacancy, which dropped from 15 percent in 2008 to
9.7 percent as of year-end 2017, according to research by Transwestern.

“We are seeing an uptick in the overall Southeast medical office market as both population growth and positive economics converge,” said Bruce Ford, Transwestern Southeast President. “We continue to attract and retain the best advisors in the industry, like John, who will further the healthcare team’s ability to expertly meet the requirements of owners and occupiers of various medical properties.”

Before joining Transwestern, Lopez was with HealthCare REIT, now Welltower™, where he served as Regional Director of Healthcare Leasing for the East and Midwest regions.

ABOUT TRANSWESTERN
Transwestern is a privately held real estate firm of collaborative entrepreneurs who deliver a higher level of personalized service – the Transwestern Experience. Specializing in Agency Leasing, Tenant Advisory, Capital Markets, Asset Services and Research, our fully integrated global enterprise adds value for investors, owners and occupiers of all commercial property types. We leverage market insights and operational expertise from members of the Transwestern family of companies specializing in development, real estate investment management and research. Based in Houston, Transwestern has 35 U.S. offices and assists clients through more than 180 offices in 37 countries as part of a strategic alliance with BNP Paribas Real Estate. Experience Extraordinary at transwestern.com and @Transwestern.