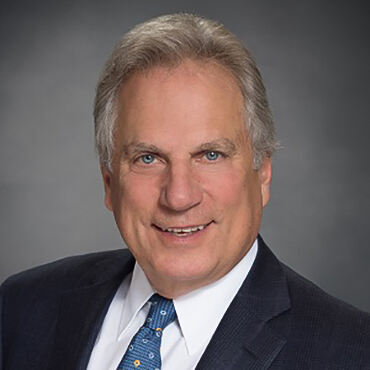 In early 2004, Robert Cohen founded and became CEO / President of Perseus Realty. He has an active role in every project Perseus TDC undertakes from acquisition financing, development, marketing and leasing.

Robert has been an active participant in the Washington area real estate business since 1971. He began his career as a broker with Barnes Morris & Pardoe. In 1982, he became President of Barnes Morris and oversaw the growth of the firm into a leading and successful brokerage company. In 1991 Robert and P. Wesley Foster Jr. became partners and merged Long & Foster Commercial with Barnes Morris. Robert became Chairman and CEO of the combined company and soon thereafter acquired the Kaempfer management Company and grew that to manage more than 13 million square feet of office. In 1998 the company was sold to Insignia Financial Group and Robert remained as the regional executive manager. A demonstrated real estate professional, Robert has been involved in the acquisition and disposition of numerous real estate projects. He has acquired, on behalf of various partnerships, land for development and buildings for investment. He has invested in multiple projects such as a 150,000 square foot building at 2121 Virginia Avenue and is the developer of a partnership that owns land to develop over 700,000 square feet in the NOMA submarket of Washington, DC known as Storey Park. Some of the notable projects Robert has been involved with include Redland Corporate Center, a 350,000 square foot office development; 1110 Vermont Avenue, a 308,000 square foot office redevelopment; 2440 M Street, a medical office building; 2101 M Street NW Hilton Hotel; 14W, a 250,000 square foot mixed use residential project; 1577 Spring Hill Road, McLean, VA; and most recently Penn11, the original location of Frager’s Hardware in DC.

Robert is a member of the Economic Club of Washington and the World Presidents Organization. He is a former member of the Young Presidents Organization and he has served on the Board of Visitors at Duke University, the boards of WETA, Norwood School, DC National Bank, Sovran DC National, George Washington University Cancer Center and Global Relief Technologies, a disaster relief technology company.