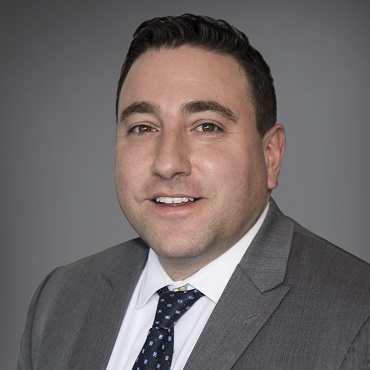 Prior to joining Transwestern, Pat was a Property Manager for Paramount Group operating a 650,000 square-foot, Class-A, commercial high rise as part of a team overseeing three million square feet of properties in downtown San Francisco.  During his five years at Paramount, Pat managed complex operational and capital projects including a fire alarm system replacement, chiller upgrades, energy efficiency initiatives and two LEED Platinum certifications.
Pat transitioned to commercial property management directly from active duty in the U.S. Navy where he served as Submarine Officer for over eight years, stationed out of Pearl Harbor, HI and San Diego, CA. He is currently a Lieutenant Commander in the U.S. Navy Reserve and serves as the Executive Officer of his unit. His experience managing people and high value assets in a demanding environment has directly contributed to his continued success in his real estate career and role at Transwestern.

Pat studied at Boston University, where he received a bachelor’s degree in Business Administration and was commissioned in the U.S. Navy after completing the Reserve Officer Training Corps (ROTC) program. Additional education includes Naval Nuclear Power Training schools and certifications. He is a licensed salesperson in the state of California (Lic #02070946).