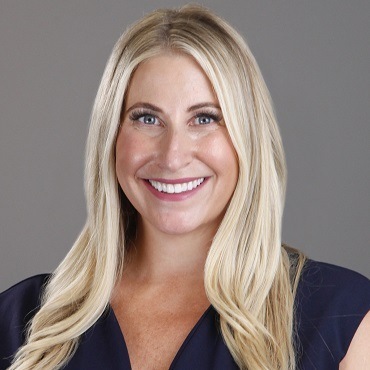 Jenné Myers serves as Senior Vice President of Strategic Solutions for Transwestern’s Tenant advisory + Workplace Solutions group. Based in Chicago, Jenné represents clients nationwide, providing tenant representation and advisory services for real estate occupiers with an emphasis on nonprofits, government organizations and corporations. Through her extensive leadership experience, Jenné has formed a dynamic, strategic approach to relationship-building and delivering exceptional results, utilizing her first-hand understanding of how real estate can impact the success of an organization.

Jenné joined Transwestern in 2022 after eight years as the CEO of Chicago Cares, a nonprofit organization that connects prospective volunteers with opportunities across the city, mobilizing 20,000 volunteers annually. During her tenure, Jenné developed innovative programming, diversified revenue streams with new funding models, expanded the existing board and established annual events to reach new audiences. In 2010, Jenné was appointed as the first-ever Chief Service Officer for Chicago by Mayor Richard M. Daley, where she led Chicago’s participation in Cities of Service, a national civic initiative. Earlier in her career, she served as the Executive Director of Working in the Schools (WITS); was the assistant to Maggie Daley, First Lady, City of Chicago; and was a member of the advance staff for Mayor Daley.

Jenné received her bachelor’s degree in communications from Michigan State University. She is a licensed real estate broker in the State of Illinois.